Went to New York City for Valentine's Day to have lunch at Becco. For some reason all these lines just happened to jump out at me begging for a photo. 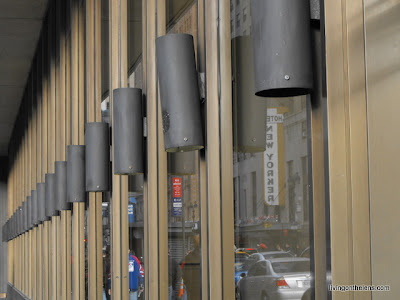 The picture with the cables was in front of the Mercedes Benz Fashion Show this week. That looks like a lot of power! 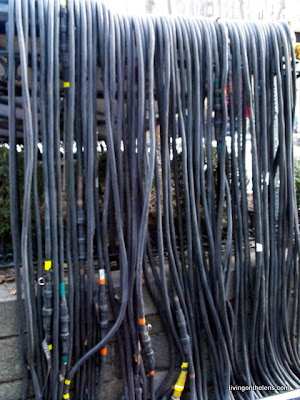 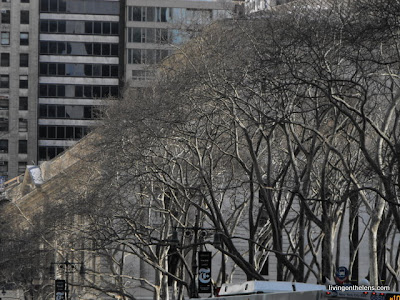 Also took a quick side trip to visit the International Center of Photography Museum. Might be something to explore a little further on a different day. All I have to say about the Miroslav Tichy exhibit was that it was a little creepy. I just couldn't get what it was all about. But then again, it made me realize that you can make images of anything, pull it all together, and someone, somewhere, will think the collection is worth showing to the world.
Posted by Allthingsfoodie at 7:07 PM No comments: 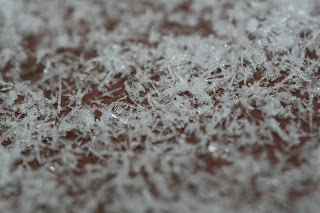 These are the kinds of spindle-like snow flakes that fell in the snowstorm we had in Connecticut yesterday, February 10, 2010. We were supposed to get somewhere around 15 inches. I think we might have gotten five inches. I was looking forward to examining some of the beautiful flakes that can be seen and all I saw all day where these pointy crystals. I'm just wondering what the snow crystals looked like in the areas south of us in New Jersey, and down to Baltimore, MD.

While others are hoping the snow will stop, I'm hoping we get more so I can take a look at more crystals. 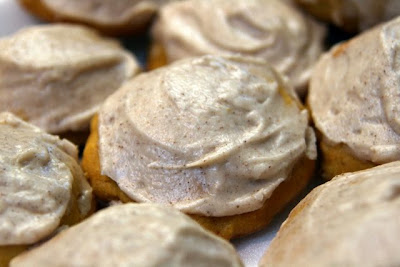 These are average sized Pumpkin Cookies with Cinnamon Frosting. They are about a 2 to 3 inches in diameter. Although, there is an over-average amount of cinnamon in the frosting. You can see all the cinnamon spread throughout the frosting.
Use any recipe for Pumpkin Cookies. I made a couple of different recipes. These came out cake like so they were easy to frost. I think next time I will use a pastry bag and pipe the frosting on nicely. It was hard to make these look pretty just using a knife to spread the frosting on.

Here's the recipe for the frosting:

1 stick of butter softened
4 cups of confectioners’ sugar
1/4 cup of milk
1 or 2 tsp. vanilla extract (I like a lot of vanilla so I use two tsp.)
1 to 2 tsp. of ground cinnamon

-- Beat butter in bowl with a mixer until smooth.
-- Add confectioners sugar, milk, vanilla and cinnamon.
-- Mix until creamy scraping the bowl often.
-- Frost the cookies when cool.

Take a look at other photo hunters.
Posted by Allthingsfoodie at 10:28 AM 4 comments: